His Eminence Sayyed Salih Al-Hakim, the director of Kalima Center for Dialogue and Cooperation, in the presence of Dr. Mohammed Al-Quraishi, founder of the UNESCO Chair at Kufa University met Dr. Mohsen Al-Dhalimi, the rector of Kufa University. The two sides talked about intensifying efforts to serve Iraqi universities and enhancing cooperation between the University and the Center. Dr. Mohsen Al-Dhalimi praised the efforts of the Center in the field of bridging the cultural relations between Najaf and the international scientific metropolitan. For his part, His Eminence explained the objectives that the Center is working to achieve,among these goals is the promotion of the intellectual and cultural aspects among Iraqi youth in universities, the dissemination of the culture of dialogue and the rejection of extremism. 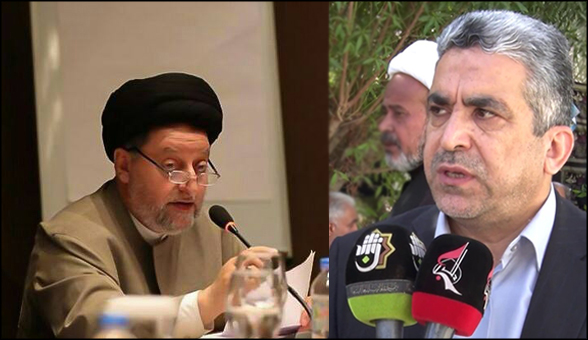