Kalama Center for Dialogue and Cooperation received Dr. Hani Abdul-Karim Akho Rachida, Professor of political science and political thought at Ahlul Bayt University, Jordan. The center organized several meetings for the Professor, which began with the visit of Imam Ali Holy Shrine where he met the officials of the holy shrine. Dr. Hani discussed the Iraqi situation and the sectarian crises that Iraq faced and also the solutions to restore the national unity. Later, There was a tour in the old city and the doctor had the opportunity to attend the lesson of His Eminence Sayyed Husain Al-Hakim at the mosque of Al-Hindi, after the lesson there was a discussion session between the Sayyed Husain and Prof. Hani Akho Rachida where the two sides discussed the role of neighboring countries, especially Jordan in influencing the Iraqi scene.
It is worth mentioning that Kalima center Attracts professors and researchers to Najaf which aims to exchange experiences and cultures through openness to the world and the dissemination of the thought of the Najaf school. 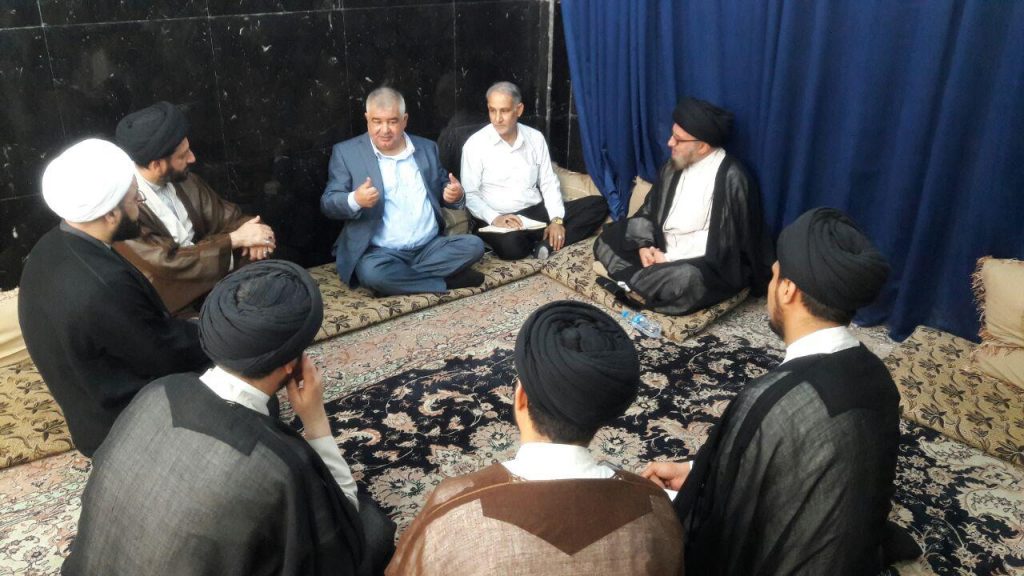 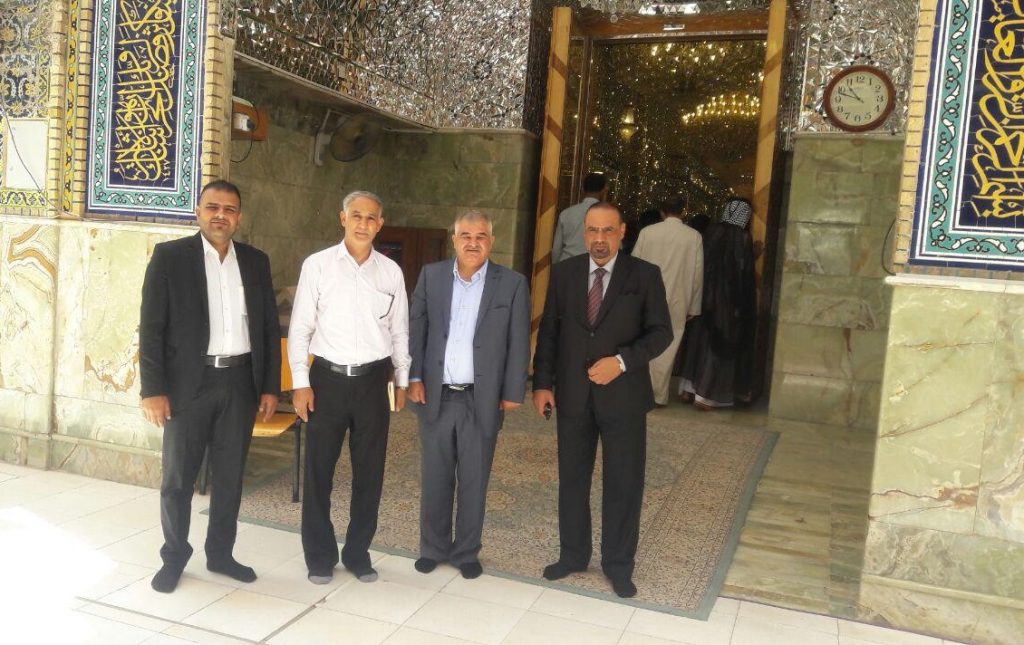