Only Iraq’s clerics can win against Isis

I spent last week in Karbala and Najaf, the Shia holy cities south-west of Baghdad, which I have always found to be among the wonders of the world. There is something entrancing and even magical about the sight of their golden domes and minarets rising above the roofs of the houses around them. I first saw the Shrine of Imam Ali in Najaf from the outside in 1977, but I was with a Baathist official who did not dare open the great wooden doors leading to the outer courtyard.

Much of Iraqi history, ancient and modern, has revolved around events in these two cities. In 1991, I visited Najaf again just after it had been recaptured by Saddam Hussein’s tanks which crushed the great Shia uprising in the wake of the war in Kuwait. Soldiers were nonchalantly guarding the shrine, the flagstones in its courtyard pitted with craters from the impact of mortar bombs and rocket rounds. The golden dome itself had been punctured by machine-gun fire. The streets were empty of clergy and pilgrims, but as I walked past a shuttered shop I heard a despairing voice from inside saying in English: “Help us! Help us!”

It was the same in Karbala, 30 miles north of Najaf: there the fighting had been fiercest around the shrines of Hussein and Abbas and the shops in between the two had been reduced to rubble. There were four massive tanks outside the shrine of Abbas and above the main gateway a rocket-propelled grenade had smashed the blue-and-yellow mosaic tiles, exposing the brown bricks underneath.

Almost a quarter of a century later, Iraq has been turned upside-down: Hussein Kamel, who led the Iraqi army assault that crushed the Shia rebellion, was murdered by his father-in-law, Saddam Hussein, who was himself executed in 2006. A Shia-dominated government rules today in Baghdad and the most influential person in Iraq is unquestionably the Grand Ayatollah Ali al-Sistani.

Paradoxically, this has happened despite Sistani’s conviction that true religion means keeping out of politics. This quietist version of Shia Islam contrasts with that espoused by Ayatollah Khomeini who established clerical rule in Iran after the overthrow of the Shah in 1979. But the moral authority of Sistani over Iraq’s Shia majority after the invasion of 2003 was such that the occupiers found that they could not rule in opposition to his wishes.

Had all gone smoothly, a state run by Shia parties would have held power after the American forces departed and the Shia clergy might have retreated from politics. But the rise of the self-styled Islamic State (Isis), and its capture of Mosul in 2014 and Ramadi this year, discredited both the Iraqi army and government. Despite the billions of dollars it had spent or stolen, it utterly failed when it came to defending its own people.

As the army disintegrated last year, a fatwa issued by Sistani on 13 June called for men to take up arms against Isis. It immediately brought into being a powerful, enthusiastic, if ill-trained, volunteer force numbering at least 50,000. The main fighting force of the Baghdad government today is these “Popular Mobilisation Units” or Hashd al-Shaabi, which have been fighting with some success against Isis-controlled pockets around Baghdad.

A decisive moment is coming in the next few months. The Hashd and elite Iraqi army units have surrounded Fallujah and are bombarding it. It was Isis’s capture of Fallujah, only 40 miles west of Baghdad, in January last year, and the Iraqi army’s failure to recapture it, that foreshadowed the military defeat of Prime Minister Nouri al-Maliki later in the summer. The new attack on Fallujah needs to succeed if Isis is ever to be defeated.

There is optimism among clergy and military officers in Najaf and Karbala about the outcome of the battle. This is primarily because in the past the Iraqi regular armed forces, the Hashd and the Americans, while all opposed to Isis, have acted as rivals rather than combining their efforts. Mohammed Ali Bahr Ulloum, an influential cleric in Najaf, says that the struggle for Tikrit was messy “because the forces opposing Daesh [Isis] were divided, but at Fallujah they are united”. He is encouraged by the delivery of four F-16 fighter bombers to the Iraqi air force by the US.

The anti-Isis forces have no option but to unite if they are to win. The divisions of its many enemies has been one of Isis’s great advantages. Mohamed Hussain al-Hakim, the son of Grand Ayatollah Muhammad Said al-Hakim, says that an attempt to rally the Sunni tribes against Isis, as the US did in 2006-07, will no longer work. “Daesh [Isis] are too strong,” he says. “If the tribes stand up to them, they will be crushed.”

The Iraqi army cannot be rebuilt to become a force strong enough to fight Isis effectively. Hakim points out that, under Maliki, “the army was opened up for new recruits at election time” so that the ruling political party could dangle the prospect of well-paying military jobs in front of voters. A decisive military fact in Iraq today is that many will die for Isis or the Hashd, but very few will face death for the sake of a corrupt and dysfunctional government in Baghdad. Soldiers last year who refused to rejoin their units would say with a derisive laugh: “Die for Maliki? Never!”

Not much has changed since then. The Hashd is willing to fight and has gained experience, but it is still undertrained. Col Salah Rajab, a former regular army officer under Saddam Hussein, who had his right leg blown off by a mortar bomb on 3 July when fighting in the Hashd at Baiji, told me from his hospital bed that six months’ rather than three months’ training was needed for recruits. But other commanders are more cavalier: Major-General Ali al-Musleh, deputy commander of the Ali Akbar Brigade, says that he wanted volunteers to get 45 days training, “but they say to us ‘just tell us how to use a gun and we will go to the front line’”.

The higher Shia clergy insist that they do not intend to fight a sectarian war against the Sunni in Fallujah or anywhere else. They are convincing in their assertions, but Isis is determined to ensure that the war is fought along sectarian lines. A few hours after I left Najaf on Friday, an Isis suicide bomber exploded a truck with three tons of explosives packed into it among Shia celebrating the end of Ramadan in the town of Khan Bani Saad, 20 miles north-east of Baghdad. More than 100 people were killed by the blast. Police Major Ahmed al-Tamimi told a news agency: “Some people were using vegetable boxes to collect children’s body parts.”

Isis’s aim in committing such an atrocity, aside from sheer bloodlust, is to provoke Shia retaliation so that Sunni will have no option but to rely on Islamic State. It is inevitable that, if Isis is to be defeated in Iraq, it will be beaten by an overwhelmingly Shia force. Only the clergy in Najaf and Karbala have the authority and willingness to prevent the coming phase of the war turning into a sectarian bloodbath.

Only Iraq’s clerics can win against Isis.pdf 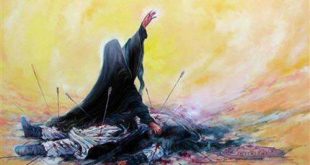 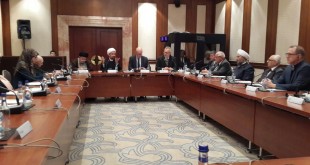 The role of religious Marjiyyah in Iraq after 2003